Denmark hosted the Ice Hockey World Championship in 2018 where matches were played in Royal Arena, Copenhagen and in Jyske Bank Boxen, Herning.

After being invited to a competition between pr-agencies under the theme “Superheroes”, Frontpage succeeded and was given the task of designing and implementing a PR-strategy. Frontpage had a clear idea of the task; to increase the Danish public’s knowledge of, and excitement about ice hockey. It all happened under the slogan “Experience Ice Hockey IRL”.

The strategy was to move ice hockey from the sports-sections and into other media. That happened, for instance, by focusing on the stories about how the Danish hockey heroes train, how successful Danish ice hockey players are in the European and North-american leagues, and how the Danish Ice Hockey Union fought to get IIHF World Championships 2018 to Denmark through an amazing programme for up-coming ice hockey talents.

We arranged press briefings where we told the story of how Danish ice hockey developed from a niche to one of the bigger teams internationally. All together, we created an understanding of how big an international event IIHF World Championships 2018 was – and how thrilled we should be for the Danish superheroes on the ice. 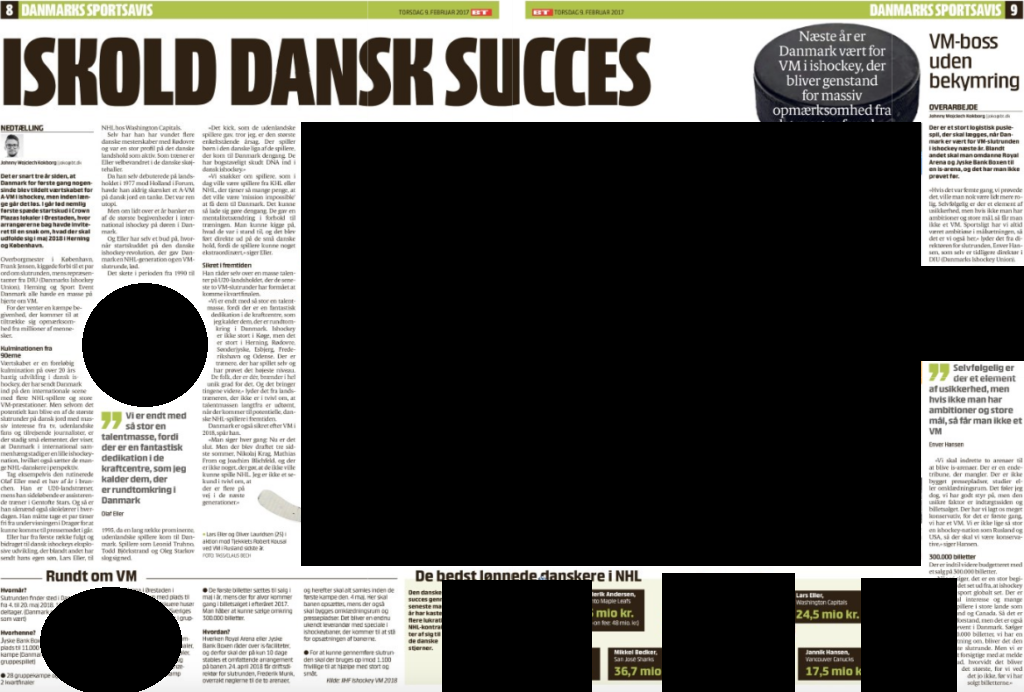